The new office is a move to continue capturing the growing trend of Chinese outbound investment in real estate assets and development in international markets. This allows RockTree the increased capability to allow investors and developers from China to access top projects overseas, particularly in the United States and Canada. It also allows Chinese real estate developers to work with RockTree to access capital from the Middle East and other international money centers. 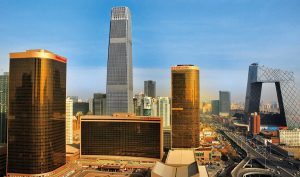 Over the years, RockTree has established close relationships with investment and development firms in China and other Asian countries, primarily with respect to capital injections into China’s real estate market from US and Middle Eastern private equity groups. More recently, macro trends have seen capital from China flowing into foreign real estate markets, and particularly the United States, with a focus on the New York area. RockTree has pioneered some of the initial projects and financings for Mainland Chinese in the US market.  As developers and investors, as well as wealthy buyers from China are purchasing more investment and development properties in New York and the rest of the United States, RockTree is providing them insider access to the top deals in these markets.

According to the National Realtors Association (NAR) survey, the Chinese spent $22 billion on U.S. housing in the 12 months through March – 72 percent more than they spent the year before.  And when NAR surveyed more than 3,500 realtors about their international clients, the most cited statements were “the U.S. is viewed as a good” or “profitable investment.”