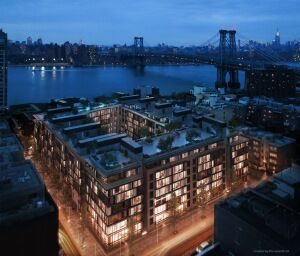 RockTree Capital arranged the financing on a $165 million loan this month for Xinyuan Real Estate, a developer from China, from a U.S. lender for the development of a large-scale residential real estate project in Brooklyn.  The loan was provided by New York-based investment management firm Fortress Investment Group.

Xinyuan — which raised $300 million when it listed on the New York Stock Exchange in 2007 — made news in 2012 when it worked with RockTree to purchase 429 Kent Avenue in Brooklyn (and the debt attached to it) for a reported $54 million in 2012, after a local developer defaulted on a loan. RockTree also placed the construction financing for the project, which is approximately $250 million in total costs. When completed, the development will feature 216 upscale townhomes and condos.

The deal is considered a first of its kind for a Chinese firm to purchase a U.S. development site, start construction, and now to obtain local US construction financing, without a local joint-venture partner.

Xinyuan plans to market primarily to U.S. buyers, but will use its presence in China to access a pool of potential Chinese buyers.  The development, which includes configurations ranging from one to six bedrooms and between 686 and 5,098 square feet per unit, is expected to be complete by 2016.

The apartment complex will contain a landscaped courtyard at its center, surrounded by buildings on all sides.  It will also offer a below ground fitness center equipped with a 55-foot pool and a rooftop reflective pool to boast.

The eight-story building is being designed by Dutch architect Piet Boon and gets its name, Oosten, from the Dutch word for east.  A representative of the company said the name is a nod to New York’s early Dutch history, a reference to the building’s Dutch design, and it hints at its location just east of Manhattan and near the banks of the East River.  The integral role of equity “from the East” also played a role in the choice of name.