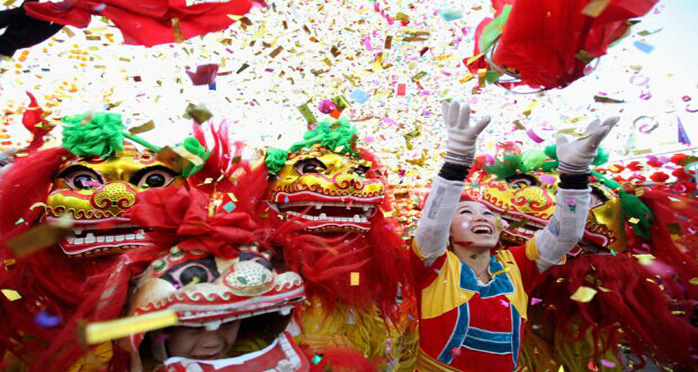 Back in October, the Financial Times wrote that China’s outbound investment will soon surpass the amount invested inside the country, marking a new step in the rise of this new economic power.

“This is just a matter of time; if it doesn’t happen this year then it will happen in the very near future,” Zhang Xiangchen, China’s assistant minister of commerce, told the paper.

Not only is China on the verge of becoming a net exporter of capital, it has already overtaken its Western counterparts as a primary source of credit for the developing world. And from this financial prominence it will likely want to exercise political influence, too.

In other words, China’s foreign investment is coming soon to a country near you! And it’s going to change the entire world. Here’s a summary of China’s progress so far:

China investments’ abroad are massive, amounting to $870 billion at the end of last year, according to data released by the Heritage Foundation, an American research institute.

This map below, also from the Heritage Foundation, shows the current reach of Chinese investments. The larger the pie, the bigger the investment.

The United States leads the way, having received a little more than $72 billion since 2007. Of these, the most recent and largest share is in capital investments, showing that Chinese investors are going after stocks as much as commodities and real estate.

Australia’s wealthy metal sector has also received attentions over the year, totalling more than $30 billion that Chinese corporations invested in mining companies and projects Down Under.

The latest wave of investments has also come to Britain and its property and real estate sector.

It “[…] will further accelerate the flow of outbound capital from China, in particular into favoured markets like Australia, the US and the UK,” Alistair Meadows, head of international capital in Asia-Pacific for JLL, the real estate investment consultancy, told the FT.

Almost half of the worldwide investments, about $395 billion, are in the energy sector.

This makes sense as China is more and more in search of foreign energy sources to sustain its growing pace. In 2013, China imported nearly 60% of its oil and 30% of its gas, Foreign Affairs reported.

When China invests in one country, it quickly becomes the biggest creditor, sometimes to the extent of altering the economic and diplomatic scenario.

China first started investing in Angola in 2004, when a Chinese program of road investments was agreed in exchange for a share of Angola’s vast oil reserves.

Five years later, China became the biggest trading partner not only of Angola, but for the whole of Africa. Last year, China pledged investments of $20 billion in African infrastructure alone. But there is much more than roads and bridges: Chinese investments in Africa are in the tens-of-billions of dollars, and cover  everything from real estate to minerals to financial services.

Countries like Chad and Niger now owe to China about 15 times what they receive from the International Monetary Fund (chart below).

Even in Sierra Leone, which received a new wave of IMF funds to fight ebola, China leads the way by far.

This chart compares current open loans granted by the IMF in its development projects in Africa with Chinese direct investments between 2008 and 2014:

Chinese investment is mainly intended at sourcing raw materials to feed China’s manufacturing sector, with almost no other local processing than shipping them from the mine to the harbour.

Africans are already complaining of the downside of this practice: “We lose all the job creation opportunities, because all the jobs are still made by Chinese in China,” Joseph Onjala, senior research fellow at the Institute for Development Studies at the University of Nairobi, told Al Jazeera.

China is a big lender to both Venezuela and Argentina, the two most troubled countries of the region.

Both Nicolas Maduro, Venezuela’s president, and Cristina Fernandez de Kirchner, his Argentinian counterpart, have been long neglected by Western creditors. They bothended up knocking on the door of the Chinese in search of cash.

According to Bianca Fernet of The Bubble, China is taking big — possibly unpopular — risks by lending heavily to the Latin American pair:

When China comes into countries like Venezuela, Argentina, or Russia during a crisis situation, it can paint itself as superhero falcon, saviour of the day. But the reality is that swooping into resource-rich countries where no one else dares tread and shoving harsh terms down desperate leaders’ throats is at least as predatory as what Argentina’s famed vultures did, or possibly more so.

China is a heavy investor in Pakistan and Bangladesh, in both cases outstripping the loans these countries receive from the IMF and other Western partners.

Chinese investments in the Middle East have funnelled $55 billion to the region between 2007 and 2014, according to the data from the Heritage Foundation.

Once again, it is mainly directed towards energy projects, but the United Arab Emirates’ rising real estate sector is also becoming a new target. In May 2012 alone China National Chemical Engineering Group invested almost $3 billion on the shores of the Arab Emirates. And the Chinese slice of Dubai and Abu Dhabi’s wealthy real estate / property market amounts now to more than $5.5 billion. Last year CNBC Inside Wealth declared Dubai the best place in the world for real estate returns.

Indonesia has received $8 billion for its mineral resources, about the same in transportation deals, and $13 billion in the energy sector.

Even Japan and India, two of China’s rivals for dominance of Asia, have been the target of a spending spree of $1.6 billion and $12 billion, mainly before 2013 when the political tensions in the region started to raise some eyebrows. That year territorial disputes over the Senkaku Islands, a rocky archipelago in the East China Sea, caused the trade between China and Japan to fall by 4%, the first time in three years.

The reduction in China-Japan business was bilateral. Jonathan Holslag, a research fellow at the Brussels Institute of Contemporary China Studies, told The Financialistthat:

“The growing dependence of Japan on China […] is not a very desirable evolution so there is a lot of thinking going on to try to diversify away from China, to conclude commercial partnerships with the countries of Southeast Asia and with India and some places as far as the Middle East and Africa.”

China even has its own World Bank

Later this year two international institutions, the New Development Bank and the Asian Infrastructure Investment Bank, will soon start to operate as an alternative to the Western-backed World Bank. Both of them are China’s pet projects.

The first was launched in July 2014 with the other countries that form the BRICS group (Brazil, Russia, India, China, and South Africa). Headquartered in Shanghai, its declaration of intent is to “strengthen the cooperation among our countries [BRICS]” in counterweight to the Western-dominated IMF and World Bank.

The second institution is open to 21 countries in Asia and the Pacific. But heavyweights like Australia and South Korea did not show up in Beijing at the official launch in October 201,4 allegedly after pressure from the US. (Indonesia was also absent initiallybut later decided to join in.)

Commenting on the initiative, the Economist wrote that:

China will use the new bank to expand its influence at the expense of America and Japan, Asia’s established powers. China’s decision to fund a new multilateral bank rather than give more to existing ones reflects its exasperation with the glacial pace of global economic governance reform.

China has lost patience trying to change Western institutions from within, and “is taking matters into its own hand,” wrote the Economist. The fact is that China has already edged out the West as the investment kingpin in the developing world, in economic terms.