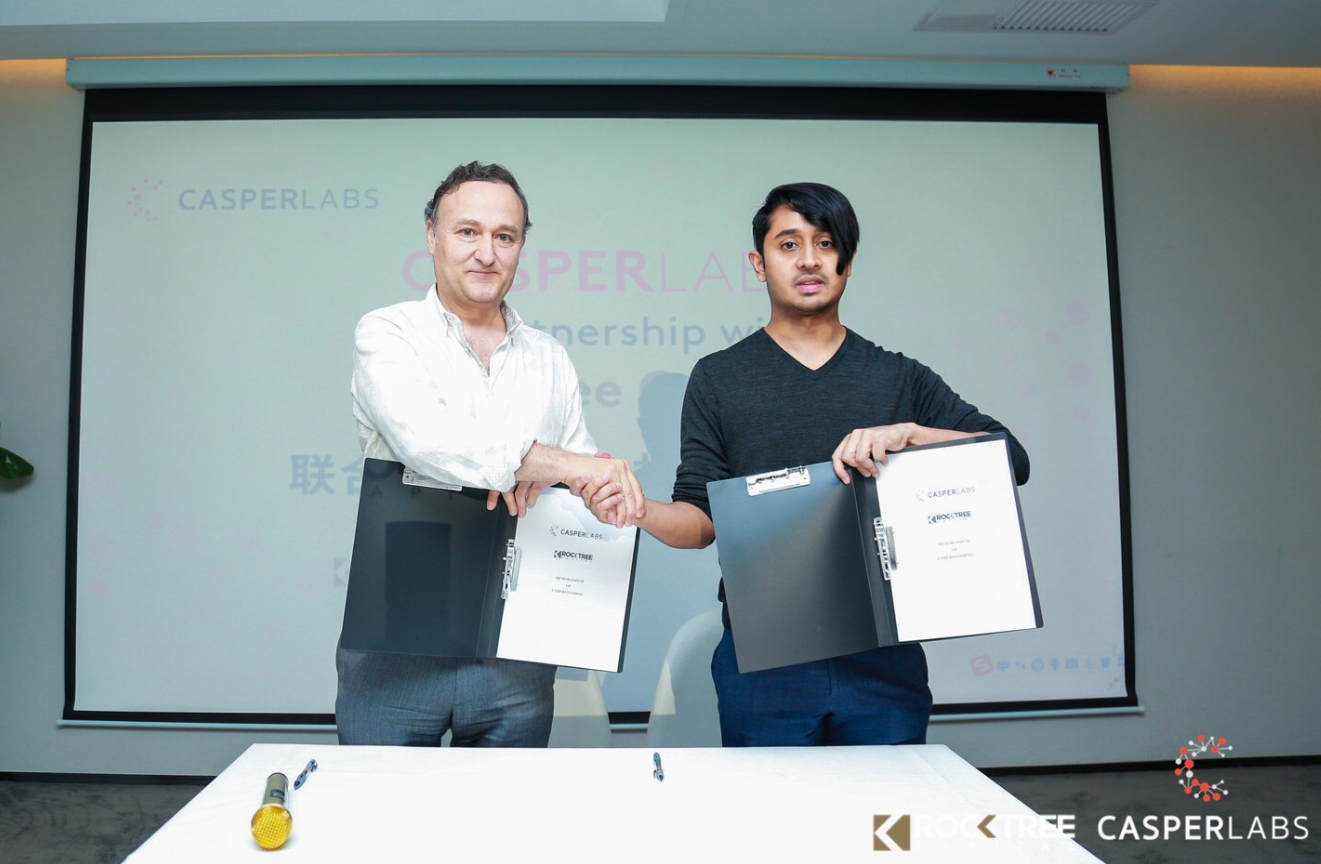 September 9th, 2019 – CasperLabs and RockTree announce their strategic partnership at a signing ceremony in Beijing, Omer Ozden, CEO of RockTree and Mrinal Manohar, CEO of CasperLabs, celebrated their partnership which has seen RockTree work closely with CasperLabs over the last number of months to develop its international strategy and token structure.

The signing ceremony which was attended by leading figures and well-known media in the blockchain industry from Greater China was held at a special conference led by CasperLabs and RockTree.

CapserLabs, a new blockchain platform based on a version of proof-of-stake (PoS) is bringing to market a solution that offers considerable throughput with full decentralization. More technical information can be found here on CasperLabs PoS.