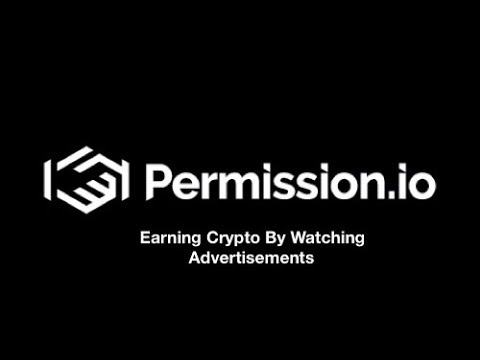 Permission.io announced today that it has signed an advisory agreement with RockTree LEX to provide strategic support as part of the company’s aggressive growth plans into Asia as they lead a new category of digital advertising called “Opt-in Value Exchange.”

RockTree LEX will assist Permission.io with their cross-border blockchain legal compliance and go-to-market strategy as the company enters the Greater China region, where the e-commerce markets are larger than both the US and UK markets combined1, and where e-commerce shoppers are readily primed through developed reward programs for a switch to an opt-in value exchange model.

“We identify blockchain projects with real utility potential combined with massive markets waiting to be unlocked, then help them localize and rapidly scale into Asia,” said Omer Ozden, CEO of RockTree LEX, adding “Permission.io is going even further and defining a whole new category of advertising that we predict will significantly challenge the old industry model while taking ad revenue away from well-known behemoths such as Google, Facebook, and Baidu and distributing that value back to the consumer.”

Permission.io, as the name suggests, flips the existing legacy advertising model by starting with the person’s permission first, then engaging them on their terms and rewarding the consumer for their time and purchases that come as a result of opt-in advertising. Permission’s blockchain and cryptocurrency ‘ASK token’ enable you to own, control and profit from your own data, a simple idea that is technologically complex for the advertising and e-commerce industries, which is now being solved for by Permission.io.

Charlie Silver, CEO and Founder of Permission.io commented, “Permission is excited to bring the world an advertising platform that enables individuals to earn from their time and data, and that builds trusted relationships between brands and consumers.  Advertisers, ad agencies and individuals will all benefit from a model where value is distributed more equally along the buying journey and away from big tech’s centralization and exploitation of consumer data.”

The ad industry’s foremost research and standards organization, IAB (Interactive Advertising Bureau) refers to this new model, which sits at the heart of the benefits that blockchain can provide, as “a win for consumers and brands alike.”

Permission.io has spent the last number of years building the backbone infrastructure to allow advertisers to connect with e-commerce shoppers and reward them for their time and purchases on the Permission platform; and is a deep technology company with extensive intellectual property, including nine database-optimization patents from the United States Patent and Trademark Office.

The company has raised $48 million in capital to date, predominantly from high-net-worth individuals and from blockchain investors, including Richard Li, General Partner at Alphablock. The Permission platform has been in beta for over six months and already has nearly 300,000 registered ASK wallets.

Omer Ozden Bio: Mr. Omer Ozden is CEO and Founder of RockTree LEX, a legal and finance professional service platform focused on the blockchain industry. Mr. Ozden is also co-founder and International Expansion Partner of UCommune, China’s largest co-working company with over 200 locations globally, Partner of DGroup, and its investment arm, DFund, one of the most active Blockchain cryptofunds in Asia, currently invested in over 70 blockchain projects, as well as International Partner of ZhenFund, China’s top Angel investment fund. Mr. Ozden is an international securities lawyer and former Partner with Baker & McKenzie LLP in New York and associate with Morrison & Foerster LLP in Hong Kong. His career spans over 450 transactions totaling over $30 Billion and includes venture capital investments, initial public offerings and other transactions for such companies as NetEase, Alibaba, Baidu, New Oriental and Facebook. Mr. Ozden was on the legal team that invented the Variable Interest Entity (VIE) structure, which opened up China’s internet industry to foreign investment and overseas public listings.